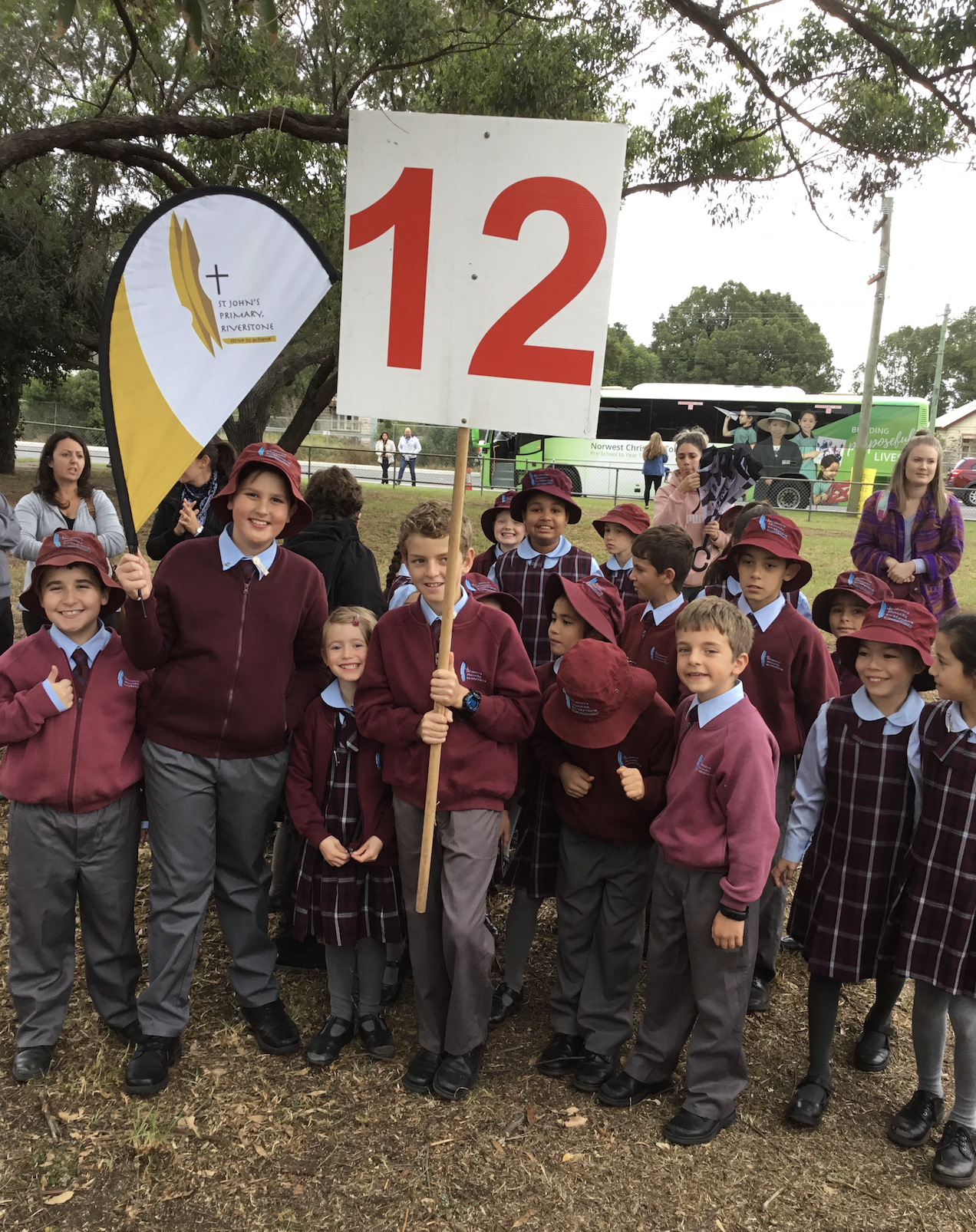 Our wonderful community preparing to march in the Parade

Our children, parents and staff showed that they are made of ‘stern stuff’ as they walked the Riverstone Parade in the rain.

The day consisted of various marches in Riverstone, followed by performances and stalls.

We would also like to take this opportunity to express our gratitude to Mrs Noden for preparing the children for their performance at the Festival. The audience appreciated their enthusiasm for singing. It was a stirring performance

Naturally, a number of people were needed on Saturday to setup and decorate the gazebo; set out the food items and serve; as well as a number of volunteers to bake and package the ‘goodies’. Thank you to everyone who contributed in any way at the festival. Your support contributed to the success of all the events. 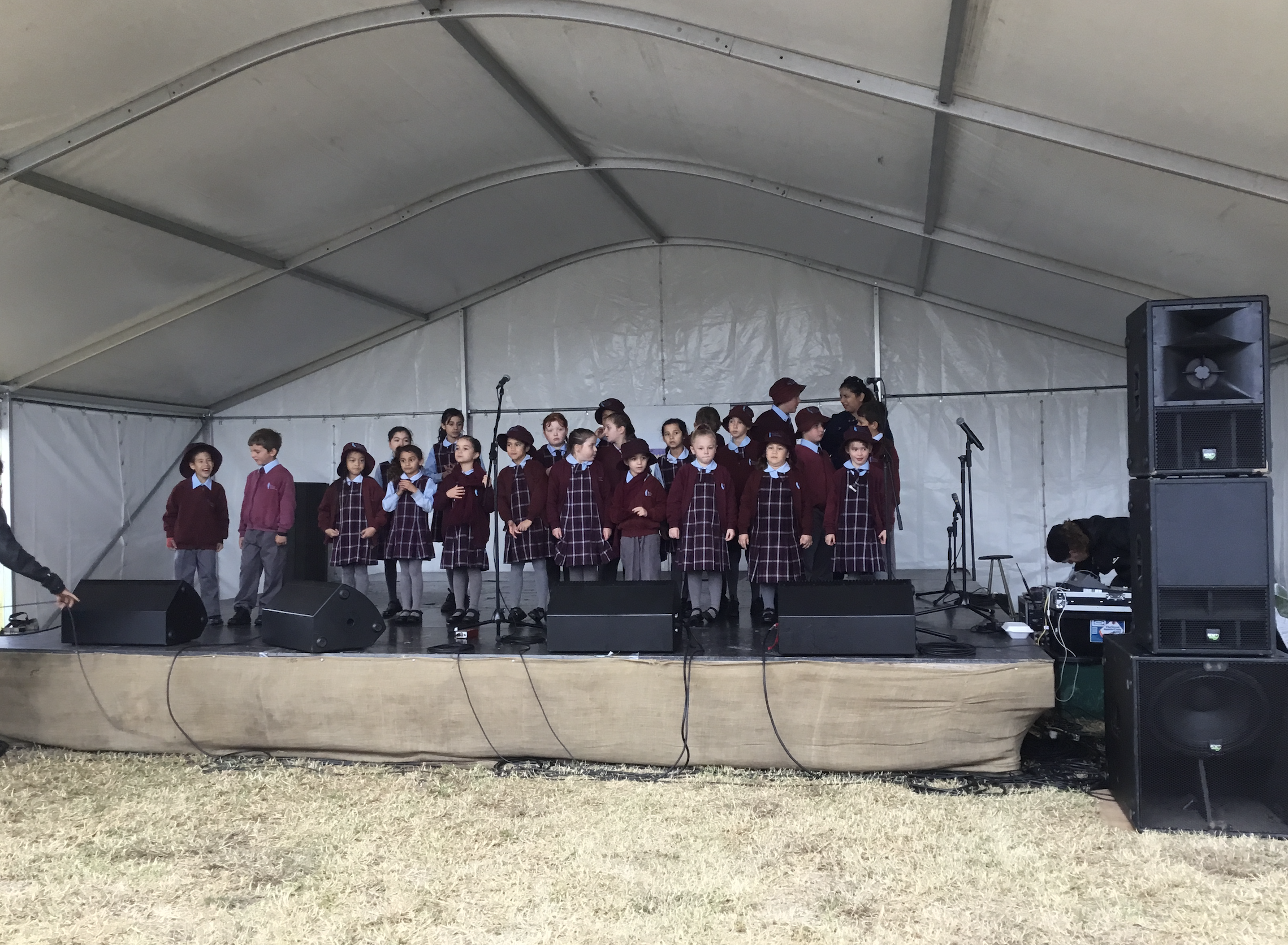 Students performing in the Riverstone Festival

Send us an email